I sent 16 larvae (one per replicare tank) to UW’s Functional Genomics Core for a pilot RNA extraction and QC. The extraction was completed by Dr. Sengkeo Srinouanprachanh on 7/2/2020.

RNA quality varied between samples. See the electropherograms below: 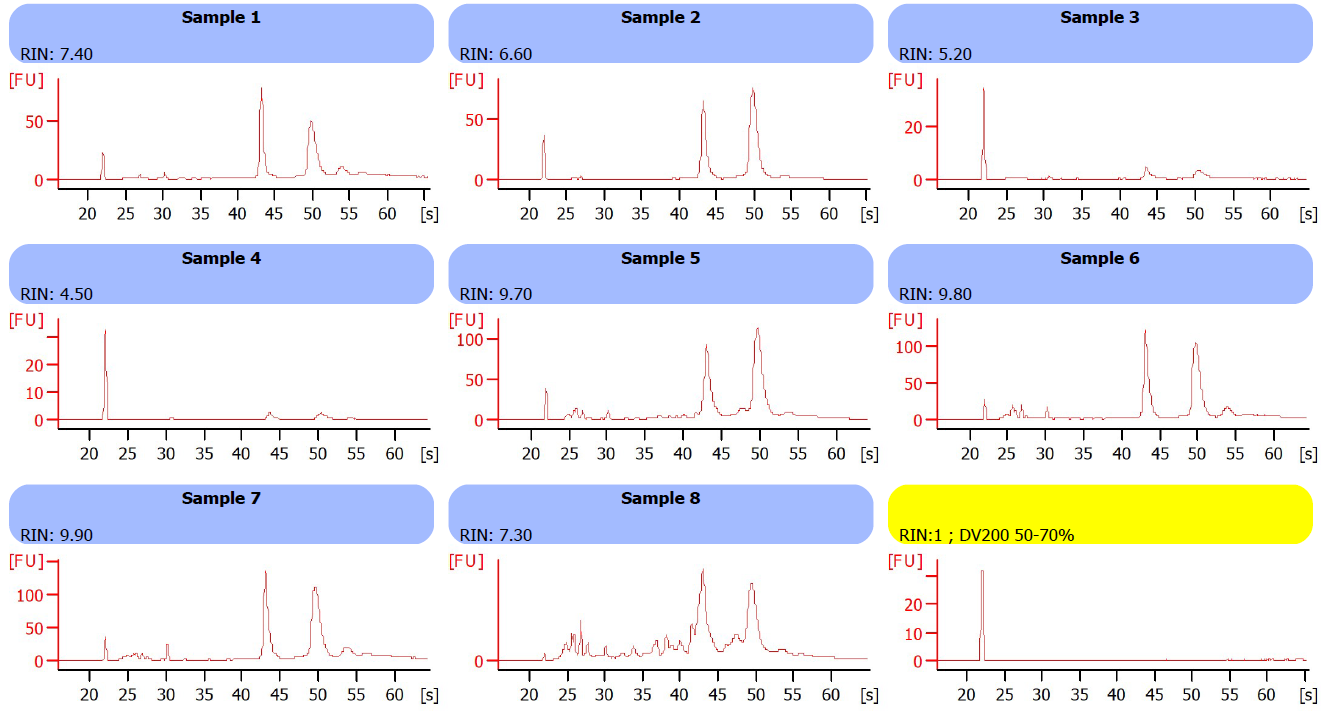 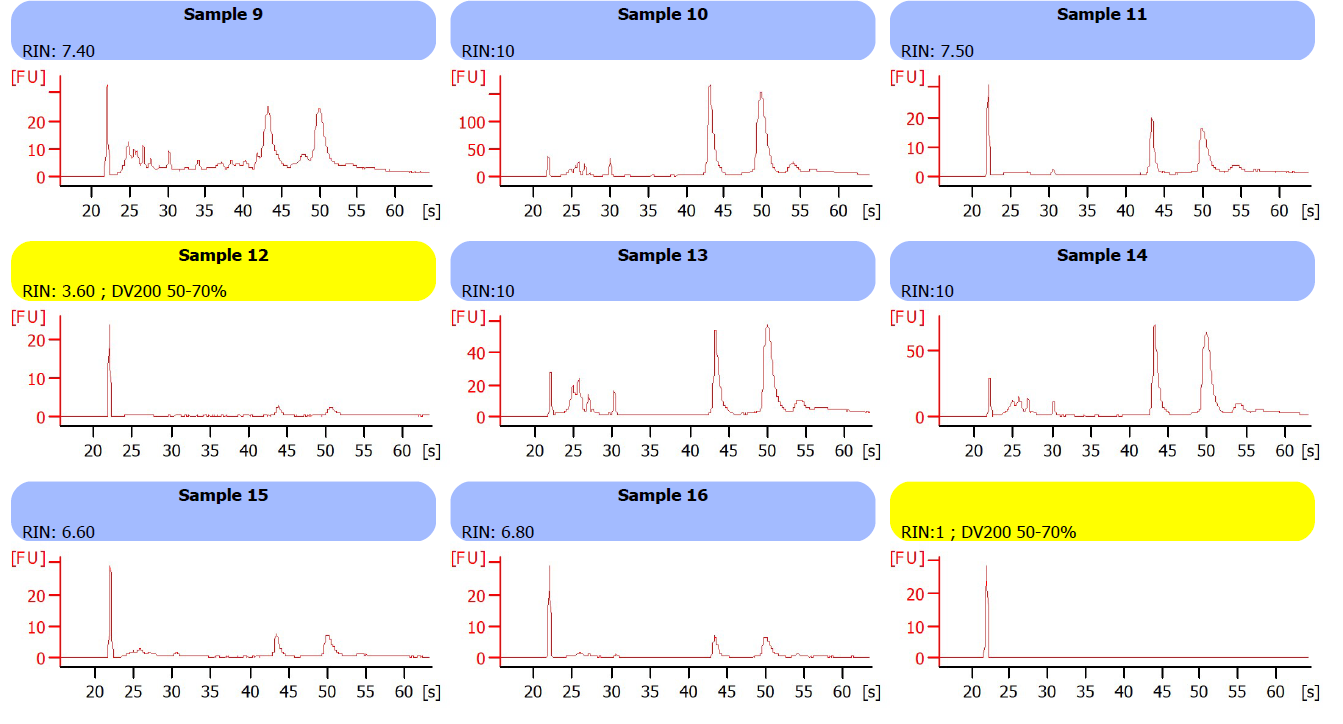 A conservative cutoff for RIN is ~7, although samples with slightly lowers RINs could be controlled for during analysis. We found that 10/16 samples had RINs > 7, 3 samples > 6, and 3 samples < 6.

I have ~15 more samples per replicate tank preserved in RNAlater. Based on the images I took of the pilot larvae pre QC, evidence for visual degradation is a reltively good marker for RNA quality. I’m optomistic that there are a few winners from each replicate vial to progress with a high quality analysis.

A note on RIN values

Segments of an electropherogram 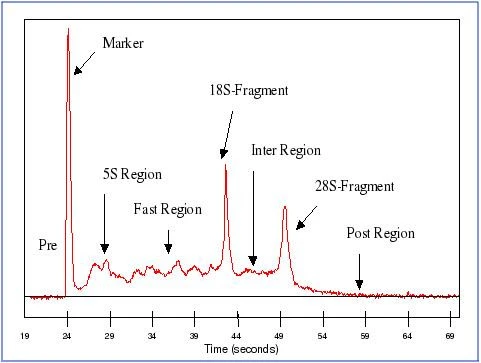 Here are the characteristics of the 10 RIN categories. 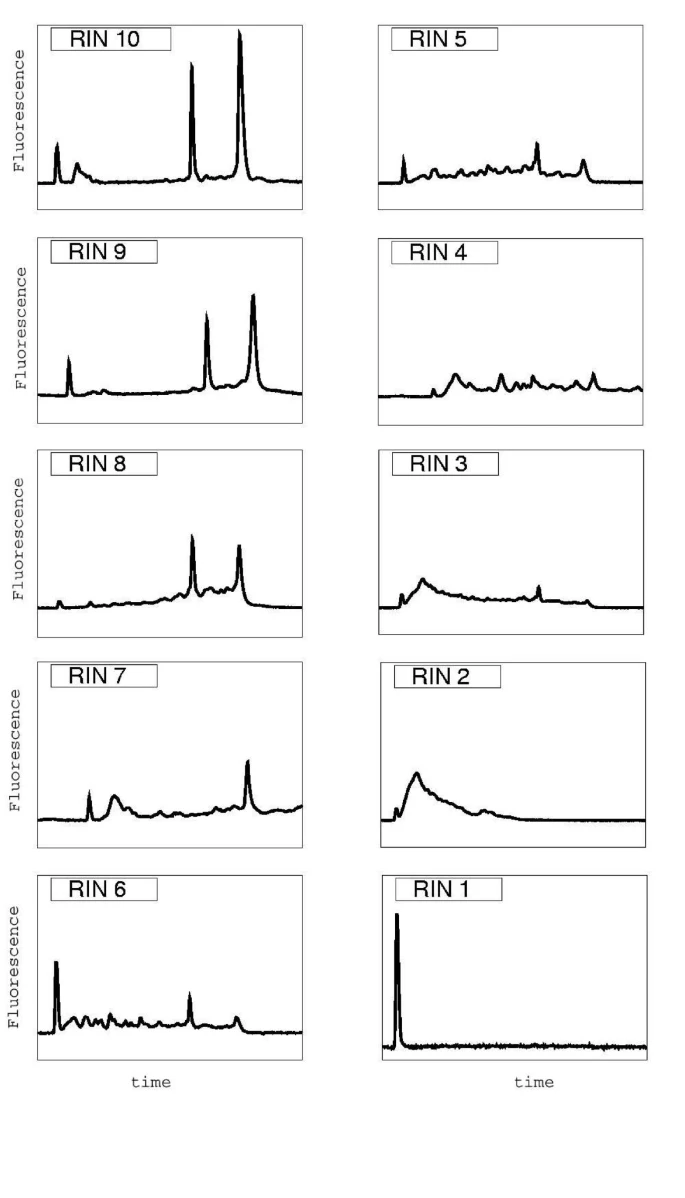 Fig. 2: The figure shows typical representatives of the ten integrity categories. RIN values range from 10 (intact) to 1 (totally degraded). The gradual degradation of rRNA is reflected by a continuous shift towards shorter fragment sizes.